This study will evaluate whether the drug mifepristone can improve the symptoms of Cushing's syndrome in people with ectopic adrenal corticotrophin hormone (ACTH) secretion. Cushing's syndrome occurs when the adrenal glands produce too much cortisol, a hormone that helps to regulate the body's use of salt and food. Excessive cortisol is usually the result of too much ACTH, the hormone that causes the adrenal glands to make cortisol. The extra ACTH is made either by a tumor in the pituitary gland (called Cushing's disease) or by a tumor somewhere else (called ectopic ACTH secretion). Mifepristone blocks the action of cortisol in the body. The drug has been used safely to treat a few people with Cushing's syndrome and patients with certain kinds of cancer, gynecological diseases and psychiatric disorders.

People between 18 and 85 years of age with Cushing's syndrome caused by EXCESS ACTH secretion may be eligible for this study. Candidates are admitted to the hospital for evaluation to confirm Cushing's syndrome and to determine its cause. The evaluation includes blood and urine tests, imaging tests, dexamethasone and corticotropin-releasing hormone tests and inferior petrosal sinus sampling. Patients determined to have Cushing's syndrome due to ECTOPIC ACTH secretion undergo imaging studies (CT, MRI and a nuclear medicine scan) and begin mifepristone therapy.

Participants remain in the hospital for the following tests and procedures:

Between 10% and 20% of patients with hypercortisolism (Cushing's Syndrome) have tumoral ectopic production of adrenocorticotropin hormone (ACTH) that causes cortisol excess. If an ectopic tumor cannot be found or if surgery cannot be done, the treatment options include medicines that reduce cortisol production and bilateral adrenalectomy. The available medications that reduce cortisol production have important adverse effects and are not effective in some patients and adrenalectomy leads to lifelong requirements for medical hormone replacement. Thus, additional treatment options would be welcome. This study evaluates a potential new medication for the treatment of these patients; mifepristone blocks the effects of cortisol rather than decreasing its production. The purpose of this study is to see whether this agent can improve diabetes or other symptoms of Cushing's syndrome in subjects with ectopic ACTH secretion. Another purpose is to evaluate adverse effects with this drug. Patients with presumed ectopic ACTH secretion and diabetes will take mifepristone 600 mg daily by mouth, and the effect on diabetes and other symptoms of Cushing's syndrome will be measured. Subjects will return to the hospital at 2, 3, 6, 9, and 12 months after starting mifepristione for evaluation of diabetes and other symptoms. The agent will be available for up to 12 months for patients in whom it is effective.

Patients take mifepristone by mouth 3 times a day. Each dose will contain 200 mg. Patients may remain in the hospital for all or part of the initial safety studies, every two weeks for eight weeks. During this period blood pressure, glucose tolerance and blood chemistries are measured and EKG and urinalysis done every two weeks. The mifepristone dose can be decreased or stopped if there are adverse effects. When the mifepristone dose is stable for eight weeks, patients will be re-evaluate
Sponsor: HRA Pharma

Criteria for improvement or normalization of glycemic disorders:

A. For diabetic patients (known or diagnosed at pre-inclusion visit)

If impaired fasting glucose is also associated with impaired glucose tolerance during OGTT at pre-inclusion:

If impaired fasting glycemia is associated with normal OGTT at pre-inclusion (except at T0):


Original Secondary Outcome: Improvement in other symptoms of Cushing's Syndrome 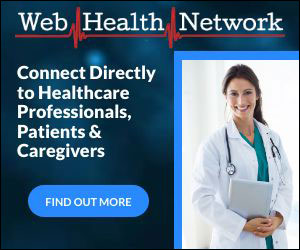